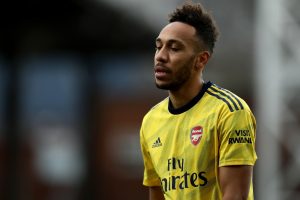 This Saturday, Arsenal receives Sheffield United for the 23rd day of the Premier League. Arsenal wants to get closer to European places. Sheffield United hopes to consolidate its good ranking.

10th in the Premier League, Arsenal is certainly the biggest disappointment of this first part of the season. Since Mikel Arteta’s arrival on the bench, the London squad has shown a slight recovery in form and has won 2 of its last 5 games played in all competitions, for 2 draws and 1 defeat. After gaining the upper hand, at home, on Manchester United (2-0), the Gunners brought back a point of their trip on the lawn of Crystal Palace last weekend (1-1).
Promoted to the elite, Sheffield United has surprised everyone so far and ranks 6th in the Premier League with 4 points ahead of its opponent of the day. After a very positive streak of 4 games without setbacks (3 wins and 1 draw), the partners of French striker Lys Mousset conceded 2 logical setbacks on the lawns of Manchester City (2-0) and Liverpool (2-0 ). They resumed their march forward last weekend by winning at home against West Ham (1-0).
The staff for Arsenal vs Sheffield United

Mikel Arteta has to contend with the suspension of his top scorer Aubameyang and the defections of potential titular defenders Chambers, Bellerin and Tierney. The young Martinelli could be aligned on the left side and compose the attacking trio with Pepe and Lacazette.
Sheffield United’s coach is only deprived of substitute goalkeepers Moore and Verrips, injured. The promoted has the 2nd Premier League defense (21 goals conceded).
In the first leg, Arsenal lost to Sheffield (1-0).

More reassuring since the arrival of Mikel Arteta, Arsenal seems to have the assets to win this Saturday and thus align a 3rd success in a row at home.