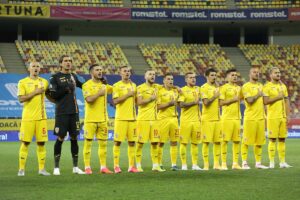 Monday, Austria receives Romania as part of the 2nd day of Nations League B (group 1). Austria wants to confirm their good start in this group. Romania hope to glean their 1st success.

Present at Euro 2016 (beaten in the group stage), Austria could not confirm, not qualifying for the 2018 World Cup. Subsequently, the Austrians rectified the situation. They have indeed ensured their presence at Euro 2020 (which will take place in 2021) by securing a nice 2nd place in Group G of the qualifiers, behind Poland but ahead of Macedonia and Slovenia in particular. Last Friday, Austria started this Nations League perfectly by winning in Norway (1-2) while being deprived of certain executives.

Qualified for Euro 2016 (beaten in the group stage), Romania then missed out on qualifying for the 2018 World Cup. Since then, the partners of goalkeeper Tatarusanu have not really convinced by finishing 4th in group F of qualifiers for Euro 2020, ahead of Spain, Sweden and Norway. Qualified for the play-offs, they travel to Iceland on October 8 before having to face Bulgaria or Hungary in the final if they win. Last Friday, Romania was held in check at home by Northern Ireland (1-1).

Staff for Austria vs Romania

Austria must deal with the forfeits of defender Alaba (Bayern Munich, 14 goals in 72 caps) of midfielders Lazaro (Monchengladbach, 28 caps), Laimer (Leipzig, 7 caps), Kainz and Schaub (Cologne) and Schöpf (Schalke 04, 4 goals in 22 caps) and striker Arnautovic (Shanghai SIPG, 26 goals in 85 caps). The team is made up of many elements currently playing in the Bundesliga. The coach can count on defenders Dragovic (Leverkusen, 80 sel), and Hinteregger (Frankfurt, 45 sel), midfielders Baumgartlinger (Leverkusen, 72 sel), Ilsanker (Frankfurt, 42 sel) and winger Sabitzer (Leipzig, 42 salt). New Lorient Grbic returned to Norway, honoring his 1st selection. Out in the 40th minute of play, the central defender and captain Hinteregger is uncertain for this second meeting.

Romania has a very young generation of players who recently shone in the youth categories (semi-finalist of the last Euro Espoirs). This is the case of defender Nedelcearu (Ufa, 24), midfielder Hagi (Rangers, 21) and forwards Coman (Steaua Bucharest, 22) and Puskas (Reading, 24). The latter has scored 6 goals in 14 caps. This young guard is framed by the tauliers Tatarusanu (Lyon, 67 caps), Chiriches (Sassuolo, 57 caps), Maxim (Gaziantep, 39 caps) and Stanciu (Slavia Prague, 10 goals in 37 caps), but the former Nantes and Angevin striker Keseru (top scorer in activity for the selection) is absent from this gathering, as are two players playing in Italy (Benzar in Lecce and Marin in Cagliari) and the substitute goalkeeper Silviu Lung Jr author of a very good season with Kayserispor until his injury.

Key points for the match Austria vs Romania

The match will be played behind closed doors.
Coaches have the possibility of making 5 substitutions during the game.

Convincing for their entry into the running, Austria seems to have the assets to win against Romania and thus align a 2nd success in a row. Victory Austria!