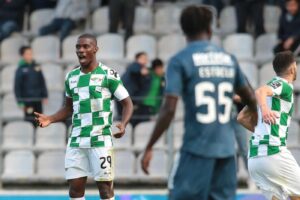 This Monday, Aves receives Moreirense on the occasion of the 29th day of the Portuguese championship. Aves no longer really believes in retention. Moreirense can no longer hope or fear anything.

Liga NOS red lantern with only 14 points on the clock, Aves is having a difficult season and already seems doomed to the descent (14 points behind the first non-relegation formation). Overdue, Deportivo have not won any of their last 9 league games (7 losses and 2 draws). After an unexpected point hanging at home against Porto (0-0), Aves fell back into his faults by bowing heavily to Gil Vicente last weekend (3-0).
Moreirense is currently 10th in the championship and is about to experience an end of season challenge, if not that of finishing in the 1st half of the table. On a great series of 6 games without defeat before the cut of the championship (3 wins and 3 draws), the team resumed the competition in a good way by winning at Boavista (0-1). Subsequently, Moreirense bowed against Rio Ave (0-1) before aligning 2 sharing of points in Guimaraes (1-1) and against Famalicao last Wednesday (1-1).

The staff for Aves vs Moreirense

For Aves, only long-time absent Simunec and forward replacing Reko are forfeited this Monday. The usual French striker Yamga is back after serving his suspension. Iranian Mohammadi (7 goals and 5 assists) and Brazilian Welinton Junior (7 goals) are the main attacking threats.
The Moreirense coach can count on his entire squad to prepare for this trip, except for the very rarely used striker Texeira. On the last day, Angolan striker Abreu scored his 11th goal since the start of the championship.

Key points for the match Aves vs Moreirense

During the first leg, Aves lost to Moreirense (3-2).
Coaches can make 5 replacements during the game.
This meeting will take place behind closed doors.

Traveling to the Aves red lantern, Moreirense has a great opportunity to win this Monday. Moreirense Victory