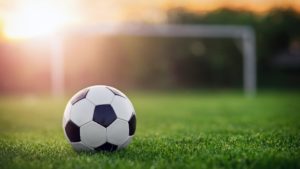 After having reigned supreme over the Belarusian championship for 13 years, BATE Borisov finally finished in 2nd place in the last championship and therefore left the title to Dynamo Brest. For its return to competition, the most successful club in this championship had started with 2 losses against the Energetik BGU (3-1) and Slavia Mozyr (2-1). But then, he recovered well by dominating Rukh Brest (0-1) then FC Minsk (0-3). Held in check by Torpedo Zhodino (0-0), former Arsenal opponents in the Europa League then beat Gorodeya (0-2) and moved up to 4th place in the ranking. Wednesday evening, they again face Slavia Mozyr in the semifinal return of the Belarus Cup after losing the first leg (1-0).
Opposite, Neman Grodno finished 9th in the standings last year and started his season off badly, taking only 5 points in the first 5 days. After losing to Isloch Minsk (1-0) on matchday 1, the club then dominated FK Vitebsk (2-0) before taking a point against Shakhtyor Solygorsk, away ( 0-0) then against Belshina Bobruisk who is promoted (1-1). Subsequently, he went down on the field of Dinamo Minsk (2-0) and fell to 14th place in the standings. But last weekend, they largely prevailed against the Energetik BGU (3-0) and took the lead in the red zone.

The staff for BATE Borisov vs Neman Grodno

On the BATE Borisov side, the internationals Dragun and Stasevich, and the internationals Filipenko (ex-Malaga, CSKA Moscow), Nyakhaychyk, Bessmertny, Volkov and Saroka are all very present and should be aligned for this meeting. Against Gorodeya on Saturday, Dragun midfielder found the net for the 3rd time and confirms his status as the best player in this championship.
For Neman Grodno, international hope Yablonskiy is still absent due to his injury unlike international Legchilin who returned last week. Armenian international goalscorer Kadimyan scored his third goal of the season in the last game while midfielder Zabelin scored twice.

Key point for the match BATE Borisov vs Neman Grodno

BATE Borisov played this week in the Cup and will only have had 3 days of rest.

BATE Borisov could continue with a new success against Neman Grodno on Sunday. Victory BATE Borisov