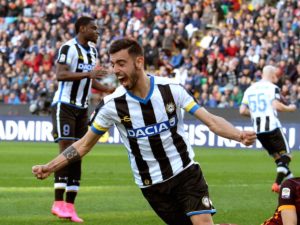 This Sunday, Brescia receives Udinese on the 23rd day of Serie A. A reaction is expected from these two teams.

Struggling for his return to the elite, Brescia occupies the 19th and penultimate rank in Serie A with 4 units behind the first non-relegationable formation. Unable to win in the last 7 days (5 defeats and 2 draws), Mario Balotelli’s teammates appear without solution. Last weekend, they fell in the lair of Bologna (2-1). Trained on November 4, coach Eugenio Corini returned to the club on December 4 but was fired again this week.
15th in Serie A, the Udinese has a rather comfortable mattress 8 points ahead of the relegation zone. After having aligned 3 successes in a row (Cagliari, Lecce and Sassuolo), the partners of the Argentinian international Rodrigo De Paul fell back in their ways by losing their last 3 games played on the lawn of AC Milan (3-2), Parma (2-0) and against Inter (0-2).

The staff for Brescia vs Udinese

Brescia has to contend with the suspension of important striker Torregrossa, who has scored 3 goals in the last 3 days. However, striker Mario Balotelli, disappointing since the start of the season, is back from suspension.
The Udinese are only deprived of the injured potential defender Samir. In the tough offensively, the team presents the 2nd worst attack in the championship (19 goals scored).

During the first leg, Brescia created the surprise by winning on the lawn of Udinese (0-1).

Supported by his tifosi, Brescia can avoid defeat against a formation of Udinese also in difficulty.