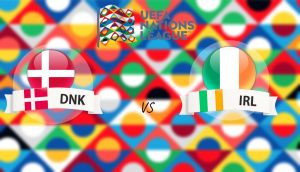 It closes at the Ceres Park in Aarhus, the Group B of the UEFA Nations League Series B with Denmark already promoted to the top division that faces Ireland already relegated to the lower category. The Danes trained by the Norwegian Aage Hareide pulled off the promotion pass by storming Cardiff City Stadium where they defeated Wales by 1-2 thanks to goals from Nicolai Jorgensen and Martin Braithwaite. Martin O’Neill’s Ireland is back from the disappointing friendly Dublin derby against Northern Ireland which ended 0-0.

The key points of the prediction Denmark vs Ireland

Denmark is back from 4 consecutive useful results with 3 wins and 1 draw.

In the first leg played in Dublin, the two teams hit 0-0.

There have been 6 Under 2.5 in the last 8 games played by Ireland.

Our choice for this challenge falls on a combo in which the Double Chance 1X in favor of Denmark associate the Under 2.5 also accomplices the 6 games of the last 8 played by Ireland in which they were scored under 3 goals.