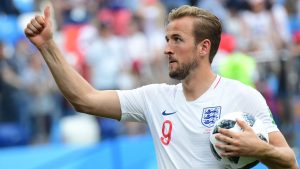 The English federation formalized the information on Monday morning: Raheem Sterling was dismissed from the British squad following an altercation with Liverpool defender Joe Gomez from the start of the rally. It is therefore one of the main offensive ammunition of the Three Lions that will not be available to Gareth Southgate against Montenegro on Wednesday. But, with an arsenal composed of Jadon Sancho, Harry Kane, Dele Alli, Tammy Abraham, Marcus Rashford or James Maddison, the absence of the winger of City should not weigh too much on the outcome of the game against a weak team Montenegro, which has not won any of its qualifying matches at the moment.

England are the third best attack of the qualifiers, with 26 goals scored in six games, an average of 4.3 goals per game! It is only ahead of Belgium (30) and Russia (27), but who have two more games.
Harry Kane is the third best scorer in qualifying with 8 goals, behind Ervin Zahavi (11) and Artem Dzyuba (9).
Montenegro has not won any of their last 9 official matches.
The Three Lions have largely won their last two games against the Montenegrins (4-1 and 1-5).

Faced with a team of Three Lions who can ensure his qualification to the Euro if successful, Stefan Jovetic’s teammates should unfortunately wipe another heavy defeat. Our experts predict a one-way match, and an English win by at least three goals clear.