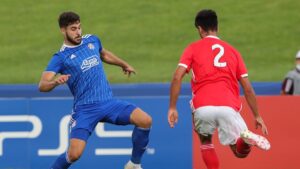 Ferencvaros is a Hungarian club that has just won the national title for the second consecutive season. With 13 points ahead of his second last year, there was not much suspense. This season the club won 2 matches and drew 1 for the resumption of its championship.

Dinamo Zagreb, Croatian champions last year with 15 points ahead of their runners-up, do not seem to have any competition. He has just won his 14th title out of the last 15 possible (second in 2016-2017). This season again, the champion is starting on the same bases with 4 victories in 4 games, and already a goal difference of +11!

Key stats for the match Ferencvaros TC vs Dinamo Zagreb

Ferencvaros finished first (out of 12) at home in the Hungarian league last year with 14 wins and 3 draws!
Ferencvaros has scored 30 goals and conceded 6 in 17 games in his home league last year. Which made it largely the best defense, as well as the second-best attack!
Dinamo Zagreb finished first (out of 10) in the Croatian away league last year with 10 wins, 3 draws, and 5 losses.
Zagreb has scored 28 goals and conceded 11 in 17 away league games last year. Which made it the best attack as well as the best defense!

New for this season to lighten the calendars, the play-offs will be played in a single match. Zagreb still has a lot more experience in Europe and the squad, as well as the championship in which it operates, seems a cut above the opponent. Victory for Dinamo Zagreb!