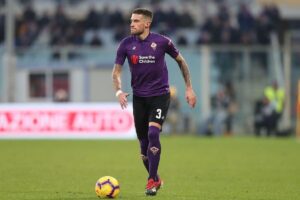 Wednesday night, Fiorentina meets Bologna for a match of the 37th day of Serie A. Fiorentina, like Bologna, has nothing more to claim at the end of the championship. Both groups will stay an additional season in Serie A.

Much was expected from Fiorentina. Frank Ribery, Frederico Chiesa, Milenkovic, Kouame etc. So many talented players, on whom the leaders counted at the start of the season. But after a good start in the league with a victory in San Siro against AC Milan (3-1) and a draw in Bergamo against Atalanta (1-1), the Viola sank in the standings, slowly moving away from the European places. In this regard, the Fio validated its maintenance recently thanks to a good series of 6 games without defeat. Opposite, Bologna had a very good run for a team of this standing. Thanks to prestigious victories against Atalanta Bergamo (2-1) or even San Paolo against Napoli (2-1), Bologna had moved closer to European places a month ago before a series of 5 games without the slightest victory will end the hopes of the Petroniani. In the last match, Bologna raised its head with difficulty against a team from Lecce (3-2) which was fighting for its maintenance.

The staff for Fiorentina vs Bologna

The titular goalkeeper Dragowski as well as the important Benassi will be absent for this meeting. The young Frederico Chiesa, whose future is uncertain in Florence, is the top scorer (7) and passer (7) of this team. Opposite, the Dutch central midfielder Schouten, the important Japanese right side Tomiyasu and Matia Bani will not be present for this meeting. Stirring Mussa Barrow is the team’s top scorer.

Key points for the match Fiorentina vs Bologna

The two teams left back to back in the first leg (1-1)
Coaches have the possibility of making 5 substitutions during the game.
This meeting will take place behind closed doors.

This delicate season for Fiorentina could end with a victory at home against Bologna. Victory Fiorentina!