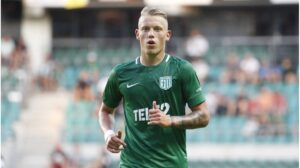 Wednesday, Flora receives Tammeka on the second day of the Estonian championship. The two teams want to align a 2nd success in a row.

Last year, Flora flew over the competition on the national scene and was crowned champion of Estonia with a comfortable 12 point lead over her nearest chaser. The men of the capital hope to align a 2nd title in a row in 2020. During the 1st championship match played on March 6, they logically took the upper hand, at home, on the promoted Legion (3-1).
Stuck in the middle of the classification last year, Tammeka took 5th place in the championship, far behind the European places and with a big lead over the relegation zone. On March 8, the team started this 2020 edition well by winning in their lair against Tulevik (2-1).

The staff for Flora Tallinn vs Tammeka

Flora has the 2nd biggest budget in the championship. Defenders Kuust (2 caps) and Jääger (126 caps), midfielders Vassiljev (119 caps), Miller (9 caps), Ainsalu (7 caps) and Kreida (3 caps) and forwards Liivak (17 caps), Sappinen ( 25 sel) and Sinyavskiy (2 sel) are currently part of the Faroese selection. Top scorer of the last championship, the young striker Sorga (20 years old) joined DC United during the off season.
No element of Tammeka appears in selection. Major offensive asset of this formation last year, the young Stein Reinkort (22 years old) is still very present at the club and should be tenured this Wednesday for the resumption of the competition.

Key point for the match Flora Tallinn vs Tammeka

The two teams played the first day in early March.

Defending champion Flora is expected to report on his supremacy over Tammeka this week. Flora victory