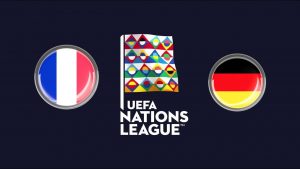 France is World Champion, Germany is the former in charge until a few months ago, this would suffice to establish the prestige of this beautiful challenge. Then there is the whole story, the coat of arms of the two nationals, the long-standing rivalry, but also the ranking to add “pepper” on this delicate challenge. Delicate because, after having been eliminated even in the Russian rounds of 2018, the Germans do not give the feeling of having the strength to get up. It must be said that in the first leg, they showed timid signs of awakening, but then the light seems to have turned off again. France instead can count on a Mbappè in a state of grace and net of the risk of mirroring too much in its quality, is the worst opponent possible at this time for Germany.

The key points of the prediction France vs Germany

In the last exit the transalpine took to the field with superficiality and little conviction, managing to equalize only in extremis against Iceland (2-2).

Previously, however, in the Nations League they had achieved prestigious results against opponents that were anything but simple.

The debut in Germany, in fact, the boys of Deschamps had torn a draw (0-0), against the Netherlands at home came a victory (2-1).

Not so well can be said of Germany, who after the draw against France, in the last exit has stumbled into a resounding defeat.

On the Dutch side the Germans suffered a tough lesson: a 3-0 which leaves them sadly at the bottom of the Nations League Group 1 classification.

Germany therefore risks big and this is already news. Should a defeat be against France, the shame of being relegated would be much more likely. It will be a balanced game, in which both teams will be careful not to find out: we focus on the 1X double chance and we add an Under 3.5.