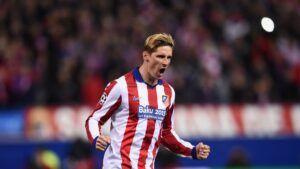 On Friday night, Granada welcomes Athletic Bilbao to open this new La Liga season. These two teams will want to win in order to start their season as well as possible.

Back in La Liga last season, Granada performed perfectly well in this league. In the first months of competition, the promoted undoubtedly benefited from the surprise effect to be among the top teams in the standings. A little hard during the fall, the Andalusians then found color before confinement. Finally, they managed to keep their 7th place in the standings and will therefore play in the preliminary rounds of the Europa League next week. At the same time, they made it to the Copa del Rey final in which they will face … Bilbao. To prepare for these deadlines, El Grana played 3 games with 2 defeats against Valladolid (0-3) and Betis (3-2) and a draw against Malaga (0-0).

For its part, Bilbao did not manage to do as well as its opponent of the day last year. With a fairly correct balance sheet of 51 points taken in 38 days, the Basques only finished in 11th place in the standings and will therefore not find Europe. However, they distinguished themselves in the Copa del Rey by qualifying for the final, the date of which has not yet been set. Defeated by Logrones (3-1) in their first preparation match, Gaizka Garitano’s men then obtained 2 draws against Real Oviedo (2-2) and Eibar (2-2).

The staff for Granada vs Athletic Bilbao

Granada side, the workforce has changed little this summer except the important winger Vadillo who left the club. At the same time, the French Foulquier and Gonalons are definitely committed to El Grana. This also recorded the reinforcement of the midfielder of Chelsea Kenedy who arrived on loan. The top scorer, Carlos Fernandez (10 goals) returned to Sevilla by whom he had been loaned. A priori, the entire workforce of Granada should be available.

In Bilbao, we bet on continuity. Only the little used environments Benat and San José are no longer there. On fire at the end of last season, veteran Ruben Garcia increased his total goals scored to 15 in July. Like their opponent for the day, Athletic should be full for this meeting.

Key points for the match Granada vs Athletic Bilbao

The match will be played behind closed doors.
Coaches have the possibility of making 5 substitutions during the game.

These two formations seem quite close to each other and were not really reassured before the recovery. Also, they could leave back to back. Draw!