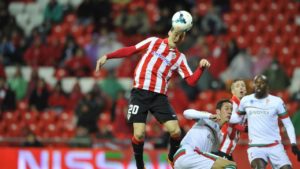 In the second leg of the semi-finals of the King’s Cup, the teams from Granada and Athletic Bilbao have a match scheduled for next Thursday, at the Estadio Nuevo Los Cármenes, in Granada, where the Basque team will enter with the advantage of 1 -0, obtained in the first leg, in Bilbao. In a year of returning to La Liga, the team led by Diego Martínez has been doing a sensational season, in both internal competitions. In the last round of the championship, Granada drew in the reception to Celta de Vigo (0-0), remaining in an area away from the places where the league table is descending. Athletic, on the other hand, broke their bad form in the league last Sunday by beating Villarreal 1-0, reinforcing confidence before the decision to qualify for the Copa del Rey final.

Key statistics for the match Granada vs Athletic Bilbao

In 3 of the last 5 games for Granada there were 1 or less goals in total.
In 60% of Athletic Bilbao’s last 5 games, the market has registered less than 1.5 goals.
This will be the third match of the season between Athletic Bilbao and Granada. In the previous 2, Martínez’s team did not score and the market of less than 2.5 goals was always fulfilled.

For all that will be at stake when Granada and Athletic Bilbao enter the field, it is expected that this will be a game played in a less intense tone, where the defensive cautions of both sides will override the will to attack an unbridled mode. The advantage of a Basque goal is short, so defensive organization should be the main objective of both teams, especially in the first hour of play.