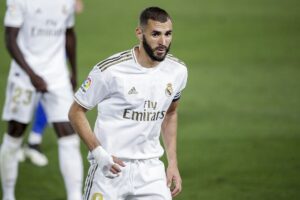 The teams from Granada and Real Madrid have an appointment scheduled for next Monday, regarding the 36th round of La Liga, in a match scheduled to take place at the Estadio Nuevo Los Cármenes, in Granada. Diego Martínez’s team has had an excellent campaign in this edition of the Spanish championship and reaches this round in 9th place in the league table, with the same 50 points from Valencia, just one from Real Sociedad, which occupies the first European spot. . In the last matchday, Granada went to win away to Real Sociedad, by 2-3, after drawing (2-2) against Valencia. Real Madrid leads the classification with 80 points, one more than Barcelona, ​​who already played and won. In the last round, the “meringues” defeated Alavés, at home, by 2-0, and achieved the eighth consecutive victory.

Key statistics for the match Granada vs Real Madrid

In the last 5 games, Granada have 2 wins, 2 draws and 1 loss.
Real Madrid have won the last 8 matches.
There are 9 consecutive editions of the direct confrontation between Granada and Real Madrid, which the team from the Spanish capital always wins.

This is a theoretically complicated move, but where Real Madrid will be forced to win to maintain the four points advantage over Barcelona, ​​two days before the end of La Liga. Having a team technically more capable than that of Granada, Zidane’s team should be able to end up adding the three points, with greater or lesser difficulty, not least because it is going through a moment of great confidence.