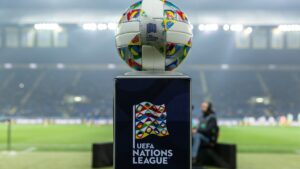 Sunday, Iceland receives Denmark on the occasion of the third day of group 2 of the Nations League A. Both teams want to glean their first success in this group of Nations League.

Red lantern of Group 2 of Nations League A, Iceland has done poorly so far. The selection lost their first match played at home against England (0-1) before being outclassed in Belgium (5-1). Never qualified for any international competition until 2016, Iceland, on the other hand, took part in Euro 2016 and the 2018 World Cup thanks to a very fine generation of players who have appeared a little less to their advantage in recent years. time. Present in Group H of qualifying for Euro 2021, the partners of playmaker Gilfy Sigurdsson finished in 3rd place in the standings, behind France and Turkey but ahead of Albania, Andorra and Moldova.

Winner of their Nations League group B in the 1st edition, Denmark is promoted to League A this year. During the last gathering, Christian Eriksen’s partners started this new Nations League campaign by losing at home against Belgium (0-2) before preserving, at home, the point of a draw against England ( 0-0). Present in group D of the qualifiers for Euro 2021, Denmark validated its qualification with this 2nd place obtained, without conceding any defeat (4 wins and 4 draws), behind Switzerland but ahead of Ireland, Georgia and Gibraltar. On Wednesday, Kasper Hjulmand’s men got off to a good start by winning their friendly match at home very easily against the Faroe Islands (4-0).

Staff for Iceland vs Denmark

Iceland can always count on the tauliers who have largely contributed to the good performances of the team in recent years. Goalkeeper Halldorsson, defensemen Ingason and Hermansson, midfielders Palsson, Bjarnason and Sigurdsson and forward Gudmundsson all played a major role in the last rally. In the offensive field, the former Nantes player Sigthorsson (26 goals in 57 sel) and Finnbogason (16 goals in 57 sel) are also available. Executives today appear to be ageing.

For Denmark, the selection is led by a few executives accustomed to evolving together for a few years. We are thinking of goalkeeper Schmeichel (Leicester), defenders Kjaer (AC Milan) and Christensen (Chelsea), midfielders Delaney (Dortmund) and Eriksen (Inter) and forwards Poulsen (Leipzig) and Braithwaite (Barcelona). Tottenham Hojbjerg midfielder (35 caps) and Nice striker Dolberg (5 goals in 19 caps) also provide great guarantees and together with defender Christense constitute Denmark’s present and future.

The key point for the match Iceland vs Denmark

This meeting will be played behind closed doors.

In difficulty for some time, Iceland can concede a new setback in this League of Nations against a higher formation from Denmark. Victory Denmark!