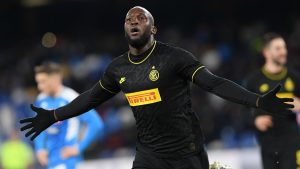 Great prospective match on matchday 19 of Serie A, set for next Saturday, between leaders Inter Milan and Atalanta, taking place at Giuseppe Meazza Stadium in Milan. Antonio Conte’s side do not disarm Juventus with who shares 1st place with the same points, and seems even betting to finish with the sequence of championships won by “Vecchia Signora”. After the break in the championship, Inter gave another show of strength, winning 3-1 at San Paolo against Napoli. Atalanta, however, did not start the championship so well, but they have been through a good period of time and have come to this challenge highly morally, having shortened their distance to Roma in the Champions League on the last day, benefiting from their defeat. from the capital and his 5-0 thrashing win at Parma’s reception last Monday.

Key statistics for the match Inter Milan vs Atalanta

This is a match where only victory matters to both teams, Inter for the fight to maintain the lead – against the fierce competition of champions Juventus – and Atalanta to maintain the effective pursuit of Rome. Both teams have been one of the best offensives in the Italian league, so, given the expectation of a tightly contested game, opportunities should not be missed.