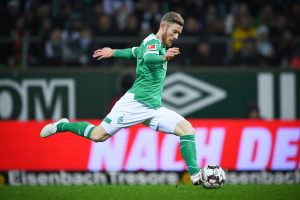 On Saturday, Cologne welcomes Werder Bremen on behalf of the 17th day of the Bundesliga. Cologne wants to continue to get ahead of the red zone while the Werder hopes to get out.

It’s better for Cologne in the standings. After having known a long series of 7 games without winning with in particular a last victory against Union Berlin (2-0), the promoted have just aligned two successes. The first against Bayer Leverkusen at home (2-0) and the second Wednesday against Eintracht Frankfurt (2-4).
The Werder is sinking. The players of Bremen are on a series of 5 defeats in 6 games and above all show significant symptoms of anxiety. Since their last success against Wolfsburg (2-3), Claudio Pizarro’s teammates have been beaten by Paderborn (0-1), Bayern Munich (6-1) and especially Mainz (0-5) on Tuesday evening. Therefore, in the ranking, they are now 16th and virtually barrage.

The numbers for Koln vs Werder Bremen

Cologne is just deprived of its long-term injured Clemens and its replacement Risse for this meeting. However, defender Ehizibue will be back from suspension.
For Werder, the defensive part Gebre Selassie, important Toprak, Möhwald, Bargfrede, Sargent and Füllkrug are all on the side.

In the wake of these last two victories, Cologne could win a third success against a suffering Werder Bremen.