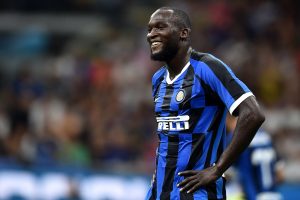 This Sunday, Lecce receives Inter on the occasion of the 20th day of Serie A. Lecce wants to move away from the red zone. Inter aims to stay in contact with 1st place.

17th in Serie A with a small point ahead of the relegation zone, Lecce will have to work during this second part of the season to ensure its maintenance. Without a solution, trainer Fabio Liverani has been struggling to find the right formula for the past few weeks, attesting to the current series of 5 games without a win. After being held in check at home by Genoa (2-2), the team bowed in Brescia (3-0), against Bologna (2-3), against Udinese (0 -1) and in Parma last Monday (2-0).
Inter have had a superb season under the leadership of Antonio Conte and are in 2nd place in Serie A, 2 units behind 1st place. The Lombard squad has only been defeated by Juventus since the start of the championship. After lining up 2 draws in a row, the Nerazzurri reacted by winning against Genoa (4-0) and Naples (1-3) before being again held in check, in front of their tifosi, by the Atalanta last weekend (1-1). In the middle of the week, Inter easily won against Cagliari in the 8th finals of the Italian Cup (4-1).

The staff for Lecce vs Inter

Lecce will have to do without the major Calderoni and Falco, goalkeeper No. 2 Bleve and potential titular Shakhov and Farias, injured. Former Milan striker AC Lapadula is expected to line up for this match against Inter.
For Inter, only the defender usually replacing D’Ambrosio is forfeited for this meeting. The formidable offensive duo composed of Lukaku and Lautaro is present.

During the first leg, Lecce fell heavily on the lawn of Inter (4-0).

Unsurprisingly, Inter should logically win against the poorly ranked Lecce this weekend.