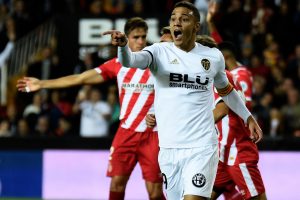 Lille vs Valencia play in Group H of the UEFA Champions League. The French have zero points and are in the last place, while Valencia has a 1-0-1 line and ties this double with Lille hopes to go further in UCL. All the more so
since the Lille players have four matches without a victory, during which they have accumulated only two draws.

He lost to Toulouse in the last round. In the last eight matches Lille has only two wins, this being against Angers and Strasbourg.
He has four games in a row in which both teams scored.
He has only two wins in the European competition in the last 12 games, with BATE Borisov and Grasshoppers. In addition, he has lost the last four matches in UCL.
Weah and Renato Sanches, injured, can’t evolve.

Since the advent of Celades it has been growing in form. He did not miss five stages and scored 13 goals.
He won in London, with Chelsea, but lost, 0-3, with Ajax. In addition, he has only scored two goals in the last six trips to the continental competition, so he needs a lot of chances to get a positive result at Lille.
6 of the 9 matches played so far in the domestic competition had under 3 goals.
Piccini and Mangala are absent, and Goncalo Guedes, Gaya, Coquelin and Rodrigo are uncertain.

We are dealing with a team in regression, Lille, and one in progress, Valencia. Which showed very well against Atletico, being just one step ahead of Wanda Metropolitano. For this reason I will go on x2 and under 4,5.

For the big odds I chose the yellow card for Cheryshev. Player who has been warned in 3 of the last 4 trips of Valencia.