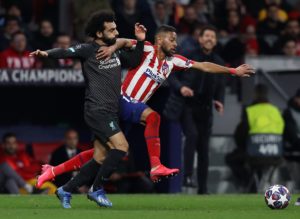 One of the most anticipated matches in the round of 16 of the Champions League will take place next Wednesday, on Anfield Road, where Liverpool will host the team of Atlético Madrid, in the second leg of the tie, after the triumph of 1 -0 of the Spaniards in the Wanda Metropolitano game. The “reds” are about to confirm their English title win three decades later, but arrive at this game in a moment of form break, aggravated by the defeats against Watford (0-3) and Chelsea (0-2), for championship and FA Cup, respectively. Last Saturday, Liverpool hosted and beat Bournemouth 2-1. Atletico, on the other hand, has fallen short of expectations in La Liga, but comes with hope for this game of the second leg of the knockout round of the “Champions”. In the last matches, João Félix’s team drew in the visit to Espanyol (1-1) and in the reception to Sevilla (2-2)

Key statistics for the match Liverpool FC vs Atletico Madrid

This should be a game in which, initially, Liverpool will have great dominance and Atletico Madrid will not mind a bit of not having a ball, prioritizing the defense of their goal and trying to explore the quick exits for the counterattack, the style that both features Simeone. What is certain is that it is in these games that the English tend to show their best and, having to reverse the disadvantage of the first leg, we expect a very intense game with several goal situations. Thus, the best option for the match Liverpool FC vs Atletico Madrid will be the market for over 2 goals, odds 1.56.