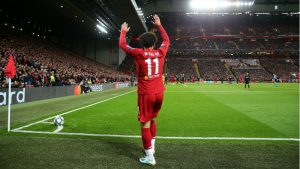 The biggest poster game of the 10th round of the Premier League will take place on Anfield Road next Sunday between Liverpool and Tottenham teams, two teams reaching this stage of the championship already separated by a 13-point gap. Jürgen Klopp’s side have been blameless, losing points for the first time last weekend in the derby against Manchester United (1-1) in one of the reds’ slower shows this season. However, last Wednesday Liverpool returned to winning and stylish, beating Genk (4-1) in Belgium on Matchday 3 of the Champions League. In a very different situation follows Tottenham, where even the work of Mauricio Pochettino has been questioned. The team has been highly unstable, suffers from the inherent defensive permeability, and will strive to surprise here following a draw at Watford (1-1) at the last matchday. Midweek, the Spurs kicked off the crisis, beating Red Star (5-0) in the Champions League.

Key Statistics for the match Liverpool FC vs Tottenham

In all of their home games for Liverpool this season, they have scored more than 1.5 goals, but have also suffered.
In 4 away games in the Premier League, Tottenham have conceded more than 1.5 goals and have been able to score 75% of the time.
In Tottenham’s last 5 visits to Anfield Road, both teams’ market has been met on 4 occasions.

This will be another match between two of the Big Six, in which Liverpool will look for a win that will allow them to return to triumphs and keep a six-point gap to Manchester City. Thus, Klopp’s team should look to play a game of their own against a Tottenham who has made a lot of defensive mistakes but has a tremendous offensive potential and will be able to score again.