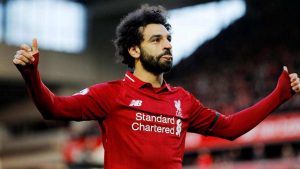 Liverpool host Bayern Munich for the first round of the eighth-finals of the Champions League.
The games will be held at the Anfield Stadium in Liverpool on Tuesday 19 February.

In the role we are facing the great confrontation of the eighth-finals of this champions. 10 titles of champions in field, 5 of each side with two shirts that are very heavy.

Of course we could be talking about the championship final. But looking at the current events of the teams today I believe that the most valid bet is in the reds here. Liverpool have their best season in years.

Defensively more consistent, with the usual efficiency of the attack Klopp’s time gained a consistency that did not present in years. Of course in the last rounds the team presented a greater irregularity.

To the point of allowing a dangerous approach to City in the leadership of the Premier League. Even so we can not deny that what he has presented so far has been the best team of the season.

Speaking of consistency is what I see Bayern lacking this season. We have a team with a new command, with a cast under renovation. Strong, no doubt, but lacks regularity. Just see the team’s recent results on bundesliga. Or 8 or 80.

So I think in the first leg at Anfield the edge is in favor of Liverpool here. And let’s be sure that the odds around the pair are interesting.

Liverpool have had some devastating games at home. And I think Bayern will be no different. The Reds’ Attack will be able to take advantage of the breaches that the German defensive has presented all year.

Over 1.5 per team in favor of Liverpool also seems to me a great bet. It will not be an easy game. It is never against Bayern, but Liverpool with the lineup of the recent championship final last year and a gain of stability in the new season seems to me the favorite here.