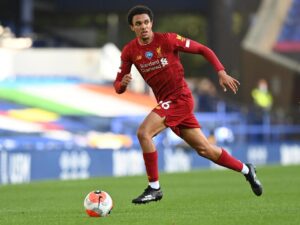 Like Spain, England has decided to plan meetings throughout the week to satisfy broadcasters and supporters, and that is why it will start less than 24 hours after the end of the 30th. Wednesday, we will meet the Reds in their den of Anfield for the reception of Crystal Palace.

Braked at Everton (0-0) while Manchester City scorching Burnley with the score of 5-0, Liverpool is not yet mathematically champion. If the Citizens continue to chain wins, Jurgen Klopp and his men will have to wait at least 2 more days before they can celebrate their coronation. With 83 points, 20 more than Manchester City (63), 8 days to go (24 points to take), the title is not far away!

A situation that could give ideas to Crystal Palace, now 9th. Even if the final victory is not yet assured, the gap is so large with Man City that the Reds could drop points. Now that the unbeaten record is no longer relevant following the defeat at Watford (0-3), it is not excluded that Liverpool will drop points en route!

Key stats for the match Liverpool vs Crystal Palace

40 goals in 15 home games. Liverpool averaged over 2.5 goals scored per game at Anfield.
Crystal Palace is in good shape and remains on 4 consecutive victories. Marking at Anfield is not excluded!
20 of the 30 games played by Liverpool have crossed the 2.5 goal scored.
The first leg ended in a success for the Reds 2-1, and the Liverpool – Palace at Anfield in the 2018-2019 season ended in a 4-3!
The last 3 league games played at Anfield have led to a 2-1 win over Bournemouth, 3-2 over West Ham and 4-0 over Southampton.

Liverpool are often efficient at home, and Crystal Palace are one of the most fit teams in the championship, cut off. Our bet goes to Over 2.5 Goals!