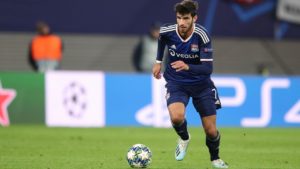 The teams from Olympique Lyon and Olympique Marseille have a match scheduled for next Wednesday, in a match for the quarter-finals of the French Cup, to take place at the Groupama Stadium, in Décines-Charpieu. The team coached by Rudi Garcia has not carried out a campaign that matches the level of expectations in Ligue 1 and seeks to add some success to his season through this French Cup, where he has already left Bourg-en-Bresse (7-0), Nantes (4-3) and Nice (2-1). For that, Lyon will have to forget the most recent bad results, in the defeats away with Nice (1-2) and PSG (2-4) and the tie with Amiens (0-0). The obstacle, this time, will be a Marseille living one of the best periods of its most recent history, as evidenced by the candidacy for vice-leadership at the end of Ligue 1. In the last round, Marseille received and beat Toulouse, by 1- 0. In the Cup, André Villas-Boas’ team has already overtaken Trélissac (1-1, P), Granville (3-0) and Strasbourg (3-1).

Key statistics for the match Lyon vs Marseille

In the last 5 home matches for Lyon, Rudi García’s team has scored a total of 12 goals in 80% of matches.
Marseille have shown a strong offensive consistency, having scored in 8 of their last 10 away games.
In the first game of the season between these two teams, Marseille won 2-1 against Lyon in a Ligue 1 match.

This will be the most anticipated clash of the French Cup quarter-finals, with both teams putting together arguments strong enough to be able to dream of a presence in the final. Playing at home, Lyon will have to try to prove their favoritism, against a Marseille that arrives quite motivated by the results they have achieved, but also by the quality of the football they have played. Both teams must try to win in the regular time, so, with well-developed offensive systems, the best option is expected to be that of both scoring, odds 1.67.