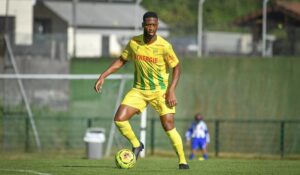 Sunday, Monaco receives Nantes on behalf of the third day of Ligue 1. These two teams will want to take points in order to stay at the top of the table.

While on paper, Monaco has one of the best numbers in French football, the Principality’s club is not present in Ligue 1 and is lagging behind in the middle of the table or even at the bottom of the table. Last year, the Monegasques finished 9th in the standings and the leaders decided to name the former Bayern coach Niko Kovac. After a failed debut at home against Reims (2-2), Benjamin Lecomte’s partners went for their first success of the season in Metz (0-1).

For its part, FC Nantes is a regular in the middle of the table and is looking to finally move on this year in order to, why not, join in the fight for European places. Last year, the Canaries could not get better than 13th place, due, in particular, to a lack of quality on the offensive plan. In difficulty in this sector of play during the first day against Bordeaux (0-0), Christian Courcuff’s men were much more at their ease by winning against Nîmes the following week (2-1).

The workforce for Monaco vs Nantes

During the transfer window, Monaco separated from the Glik soldier and the important Adrien Silva, Bakayoko and Slimani who were holders last year and joined their respective clubs since they were only loaned. On the other hand, the defender Disasi (ex-Reims), the German striker Volland (Bayer Leverkusen) and the young Dutch winger Musaba (19 years old, ex NEC Nijmegen) and some loaned players like the former of the house Sidibé. For this meeting, midfielder Fofana will be suspended while the excellent playmaker Golovin was injured in the last match.

Nantes side, only the defender Castelletto (ex-Reims) and the young midfielder Chirivella (ex-Liverpool) arrived. Otherwise, all the executives remained at the club. The offensive revelations of last season Louza and Bamba as well as the very good Moses Simon are still operational. A priori, for this meeting, the potential holder Limbobe should be the only player absent.

The probable compositions for Monaco vs Nantes:

Key points for the match Monaco vs Nantes

Coaches have the possibility of making 5 substitutions during the game.
This meeting is played with a limited number of spectators (5000).

Better armed than its opponent, especially from an offensive point of view, Monaco could succeed in finding the loophole in the Nantes defense and win. Monaco victory!