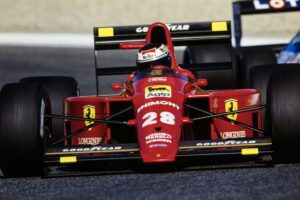 The Formula One World Championship has not yet started due to the crisis of the new corona virus, and several races have been postponed in recent weeks. Now, everything indicates that it will be in Austria that the championship will start, however, alternative race tracks may be necessary to deal with some absences …

F1 CAN ARRIVE IN ALGARVE IN JULY

With the first Grand Prix of the year scheduled for the 4th and 5th of July weekend in Austria, the FIA’s goal is to run a series of additional races in Europe until September, before the F1 circus moves to others continents.

In that sense, and taking into account the current uncertainty of being able to realize the two great prizes that were foreseen for Silverstone also in July, the organization is already studying possible alternatives with the Autódromo Internacional do Algarve among the possibilities placed above of the table.

The Portimão Circuit was recently approved to host this type of competition and it would even be in talks to join the world circuit in the near future, so this could be an opportunity to recover Formula One in Portugal.

If the Portuguese circuit replaces Silverstone’s English this year, then we would have two races in our country on the 19th and 25th of July.
On the other hand, if the British government gives the green light for Silverstone to host the F1 circus, Autódromo do Algarve may have to wait another year, or alternatively receive just one race at a date sometime in the months of July and August.

MORE THAN 20 YEARS LATER THE CIRCUS CAN RETURN

Portugal was already a regular stop at the F1 world championship in the 80s and 90s, more specifically at the Estoril Race Track, where Jacques Villeneuve was the last to win, in September 1996. Now, many years later, motorsport aficionados in Portugal are dreaming again with the possibility of hosting one of the most famous and popular automobile events in the world.

Of course, these races would most likely take place behind closed doors as measures to contain the pandemic, however, the return of the F1 circus to Portugal could definitely open the door for the return of the big stars like Lewis Hamilton or Max Verstappen to our country. regularly.

CHILL PATH IN THE NEXT MONTHS

This hypothesis now pointed out by the F1 boss, Chase Carey, aims to make a good number of races during the passage of F1 in Europe from July taking into account that by this time ten great prizes should have been held, that is, there are plenty of time to recover in the coming months and weekly races or double races are expected to follow in Europe.

In addition to the Portimão Circuit, the recently withdrawn Hockenheim (in Germany) and Imola (in Italy) circuits may also be recovered with a view to holding additional grand prizes in order to advance the 2020 World Cup calendar more sharply. .

HAMILTON LOOKS FOR THE BEGINNING OF COMPETITION

One of the drivers most eager for the start of the competition will certainly be the current world champion Lewis Hamilton, who recently won his sixth title in the Drivers’ World Championship and is just one achievement away from equaling German history Michael Schumacher.

At 35 years of age, the charismatic British driver can still become the greatest champion of all time, not least because Mercedes has not given his rivals a great chance in recent years, but for this to be possible it is essential that the drivers go on the road and compete for points.

With Sebastian Vettel leaving Ferrari at the end of the season and Max Verstappen still with a relatively inferior car in Red Bull Racing, everything indicates that Hamilton will have a strong chance of becoming world champion again in 2020, thus equaling the ‘Schumi’ record.

At Ferrari, your main rival may be the young Monegasque Charles Leclerc, but will he be mature enough to scare the Brit? Furthermore, it will be necessary for Ferrari to equip its driver with a car that is not only capable of keeping pace with Mercedes, but also reliable, something that has not happened in previous years to Sebastian Vettel’s despair.

With almost two months separating the start of the official Formula One festivities, we can only wait patiently for the engine noise to start in Europe, and the possibility of this noise being heard up close, particularly in the Algarve, is over the negotiating table.