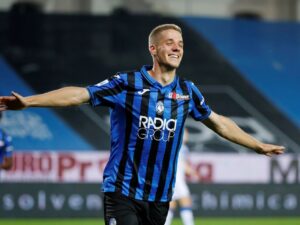 Parma and Atalanta face off at the Tardini Stadium on the 37th day of the longest Serie A championship in history. A game that in terms of seasonal goals has nothing to say for the two teams, but for Atalanta it means a long-distance duel with Inter and Lazio for the positions from second to fourth in the standings. Roberto D’Aversa’s Parma has finally regained victory in the last two rounds and in the most recent game it overtook Brescia at Rigamonti by 1-2. Gian Piero Gasperini’s Atalanta, on the other hand, failed to go beyond the 1-1 in the San Siro match against Milan. Doubts in Parma for Scozzarella, Cornelius, Hernani and Grassi, while in Atalanta, the disqualified Toloi is added to the unavailable Ilicic.

The key points of the prediction Parma vs Atalanta BC

There have been 5 Over 2.5 in the last 7 comparisons between Parma and Atalanta.

Both teams have scored in Parma’s last 10 league games.

Both teams have scored in 4 of Atalanta’s last 5 league games.

Not very high odds for the “Gol + Over 2.5” option proposed by the odds. The game itself counts for nothing in terms of ranking and with Parma in the Over and Gol field they are now routine for 10 games in a row.

Tags: Parma vs Atalanta BC