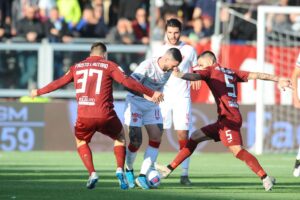 The ranking situation in Perugia and Trapani is far from reassuring, but both come from two vital victories in the last round: the Umbrians conquered the field of Virtus Entella, while Trapani beat Pescara at home. The Sicilians remain third last in the ranking, but now there are only three points that separate them from the play-out area. The same who separate the Umbrians from Pescara, who today those play-outs would be forced to dispute them. In short, it is useless to add how important the direct clash between Perugia and Trapani is: a victory is needed to drive away the ghosts, but losing could be a disaster …

The key points of the prediction Perugia Calcio vs Trapani

Except that Trapani has a clear problem of defensive strength when playing away: there are thirty-nine goals in the passive in the eighteen games played so far.

In the eighteen home games, however, Perugia suffered eleven goals from the seventeen total collected before the interval.

However, the Umbrians also scored ten in the first forty-five minutes (against the eighteen total assets at Curi).

Given the ranking situation, the two teams must necessarily seek victory in order to hope to achieve the salvation goal.

The return of Massimo Oddo on the bench seems to have given a shock to Perugia, which however must pay great attention to a Trapani who has shown he can play against anyone. We choose the Over 0.5 first half option.