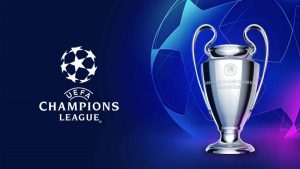 FC Porto brought a great result from Krasnodar, even without having made a very successful showing. In fact, asking the dragons for good displays at this stage is complicated. No team is indifferent when losing nuclear players in their offensive maneuver, as were the cases of Herrera, Óliver or Brahimi. Today we look at the midfield of the dragons and see in profile, almost side by side Danilo Pereira and Sérgio Oliveira, two players who contribute a lot to the offensive process, but come ahead ahead, just as had Herrera, or even Óliver, And even The wings lack the creativity and ability of the Algerian international to give those jerks in the game. This is why FC Porto with a more predictable football, because it tries to play more depth for Soares and Marega. With the result brought from Russia, FC Porto has everything to qualify. At Estádio do Dragão you will be able to demonstrate your superiority, now more clearly. Krasnodar will need to take a chance and this could pave the way for a more blissful victory for the blues and whites.

Key statistics for the match Porto vs FC Krasnodar

FC Porto reacted well to a less successful preseason. It is clearly a team under restructuring, so Sérgio Conceição has been using practically players from last season, with the exception of Marcano and Baró.
The victory in Krasnodar was another good example of what we can expect from FC Porto, while Sérgio Conceição is not included in the reinforcements. A more pragmatic FC Porto, who are less exposed, even by the more defensive characteristics of Danilo Pereira and Sérgio Oliveira.
Of the 6 matches FC Porto have played this season, 4 have scored less than 2.5 goals.
Krasnodar have no recent Champions League results but have in the Europa League. As a visitor, he lost in Seville (3-0) against Standard Liége (2-1), tied at Bayer Arena (1-1) and lost at Mestalla against Valencia (2-1).

Even without having to win, FC Porto will not play to save Russia’s advantage. Krasnodar will have to expose themselves and this will further help FC Porto’s triumph. The over market could also be explored, but Krasnodar has to risk it, and FC Porto have been defensively solid.