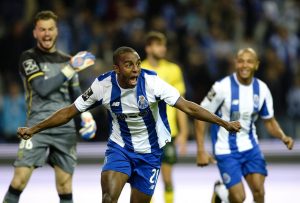 The Estádio do Dragão will host, on Monday, the closing match of the 12th round of the Liga NOS, between FC Porto and Paços de Ferreira, two teams that occupy opposite ends of the table and that have very different goals in this championship. The “dragons” seek to nullify the two-point disadvantage to Benfica’s leadership, and they will be in play two days after the “eagles” play in this round of the championship. Sérgio Conceição’s squad comes from a sweaty and tasty triumph in Switzerland against Young Boys (2-1), who left FC Porto alive and solely on their own to move on in the Europa League. Ahead of us will be a Paços de Ferreira who occupies the relegation places, but who has been making some improvements since Pepa took over as coach. Last weekend, the pacense team scored their second consecutive victory, triumphing at the Sanjoanense (1-0) host in the Portuguese Cup match, after the league triumph against Tondela (1-0). ) on the last journey.

Key Statistics for the match Porto vs Pacos Ferreira

FC Porto have won every home league game this season without conceding a single goal.
Playing away in the league, Paços de Ferreira has 0 wins, 1 draw and 4 losses so far.
In the last two visits of Paços to Estádio do Dragão, the team was beaten by FC Porto, 4-1 and 6-1.

Regardless of Benfica’s result against Marítimo on Saturday, only victory will interest FC Porto in this match. Playing at home, with the support of their fans, the “dragons” should be able to dominate the game in full, against a Palace that must bet on a strategy of containment, but should not be able to sustain the offensive quality of the game. FC Porto full time.