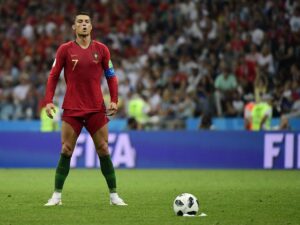 Reigning European champions Portugal and winner of the last UEFA Nations League will host Spain at the Estadio José Alvalade in Lisbon in a luxurious friendly to prepare for their next international matches. The Lusitanians of coach Fernando Santos showed their muscles in the last two games played by winning at home against Croatia 4-1 and especially in Sweden for 0-2 with a super Cristiano Ronaldo who scored a brace. Luis Enrique’s Spain, on the other hand, arrives at this meeting after a 1-1 in Germany grabbed in the final minutes and a 4-0 win against Ukraine. The last precedent dates back to the 2018 World Cup and on that occasion, the match ended at 3-3.

The key points of Portugal vs Spain prediction

Portugal has won the last 4 games played and 9 of the last 10.

In 8 of the last 9 games played, Portugal scored first.

Spain is unbeaten in 13 consecutive matches.

In the last 3 direct comparisons, Spain has always conceded at least 1 goal.

Portugal has the home factor on its side, albeit with empty doors. It has shown great evidence in recent releases which is why we choose the Double Chance 1X option.