Premier League, all the rules for the resumption of the championship 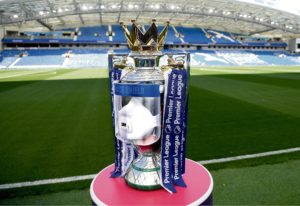 Premier League, all the rules for the resumption of the championship

The rules of conduct for the recovery of the Premier League in the name of health security, some of which contradictory

The two big dilemmas of European football at the moment: if and when the leagues will resume and how to get them back. These are the themes that also confuse countries that make order and protocol a source of pride, like Germany, because you can put it as you want but football is a contact sport and if you play contacts there are and there will be for more than ninety minutes. For this reason zero risk does not exist and an endless debate could open on a modern western society that suddenly found itself dealing with a slice of its non-domesticable vital environment and discovered that it was not willing to admit that the Risks have always been part of human life and progress in every field. We will go back to running on the football field, but a professional football game starts much earlier and ends long after the events taking place on the lawn. This is an initial list of how the Premier League will try to make it possible.

On the day of the game the players of the home team will be able to arrive individually with their own means of travel.
The visiting team will arrive on several buses to avoid crowding on board.
All players in the pre-match phase must wear masks on the nose and mouth.
The changing rooms will possibly be separated into three distinct areas: the owners on one side, the substitutes on the other, the staff on the other.
All rooms will be sterilized in advance.
Footballers will need to bring food and drinks from home.
It will be played behind closed doors and in the stadiums access to a maximum of three hundred authorized people will be allowed.
All staff who will have access to the stadium, managers, health workers, TV operators, technical staff, will have to undergo temperature control and a swab test.
Sanitizing gels will be present in every corner of the stadium and doors and access structures must be kept open as much as possible to facilitate the passage of air between the rooms.
The teams will not enter the field together but from two different accesses.
If it is not possible, one will enter first and then the other.
Children on the pitch and pets are not allowed.
On the bench each player and staff member must be spaced two meters apart.
The mixed zone at the end of the game is prohibited, press conferences will continue to be virtual.
The players will be able to shower in small groups and if this is not possible they will wash themselves at home or in the hotel for the visiting team.

They are clearly rules that generate some inconsistencies with the naked eye, such as the fact that the two teams will not have to enter the field at the same time but the players, teammates and opponents, will be in close contact for over ninety minutes. In Germany it was even assumed that the players were required to wear masks during the game to be replaced every fifteen minutes, as if it were really possible to play ball and run with an element that complicates breathing, at a time of the year in which goes towards the heat. We will see if and which of these rules will be confirmed in an official protocol. Certainly the football that will come may not like very soon, not so much to the fans, who will enjoy it from home, as to its protagonists.