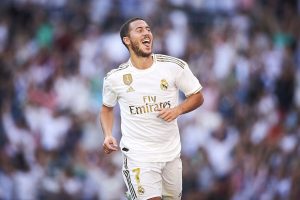 Tonight, Real Madrid vs Galatasaray, a match of the Champions League, will take place on “Santiago Bernabeu”, where we expect the show not to be missing.

It is the most prestigious team in the history of the Champions League, winning no less than 13 trophies, in this match being seen as the definite favorite, as it was normal otherwise, having a superior net lot, from all points of view, also benefiting from the advantage of its own land.
The Madrid team does not play great football, having quite modest results this season, but despite this, it is in second place in La Liga, on a par with Barcelona, ​​being second and in the Champions League, five points in behind those from PSG.
Zidane’s troupe started disastrously in this edition, losing with PSG away, score 3-0, then draw with Club Brugge at home, score 2-2, finally prevailing in Turkey in front of Galatasaray with 0 -1.
It is worth mentioning that Real Madrid is unbeaten at home in the current season, in the seven games played on “Bernabeu” having won four wins and three draws.
Bale is injured, so he won’t be able to evolve for hosts, as will Nacho and Asensio.

It is well below the level of its adversary, as a value, as a performance, but also as an experience, so bookmakers see it as a “victim” in this confrontation, especially as they play away.
The champion of Turkey has a modest course at the beginning of the season, in the championship being the occupant of a modest place seven, which is right, being only four points from the first place.
In the Champions League, it only got one point, following the draw with Club Brugge, score 0-0, then losing to PSG and Real Madrid, each time by 1-0.
It should be mentioned that Galatasaray has big problems in the field, considering that this season he has only managed a victory in the six matches played outside his own arena, with Kayserispor, the last Super League standings.

Real Madrid is a definite favorite, but it is an extremely inconsistent band, which often produces surprises, so we avoid going in his hand. Galatasaray has no choice but to attack, having to earn points to stay in the books for the European “spring”, so we expect to pose problems. We rely on the fact that we will attend a match against, in which the opportunities will come in large numbers, therefore we recommend a bet on corners.