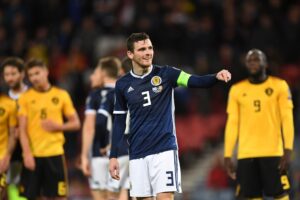 Thanks to the new formula that allows many teams not yet qualified for Euro 2020 (moved to 2021) to try to qualify by passing through the “back door” of the UEFA Nations League, Scotland and Israel are playing at the Hampton Park in Glasgow the possibility of access to the final reserved for teams from League C. The two teams recently met, on 8 September, in a match that saw them finish 1-1 in the same venue. After that match, Steve Clarke’s Scots won 1-2 in the Czech Republic, while the Israelis led by Austrian Willibald Ruttensteiner drew 1-1 at home to Slovakia.

The key points of the prediction Scotland vs Israel

In the last three comparisons between 2018 and today, there have been one win per side and one draw.

Scotland and Israel have both scored in 4 of their last 5 direct matches.

Scotland has 4 wins and 1 draw in their last 5 games played.

Israel is back from 2 draws and 2 defeats.

We take a position and focus on the Scottish national team who made themselves reach in the game a month ago after taking the lead. In the other two precedents in Scotland, it was always the hosts who prevailed.