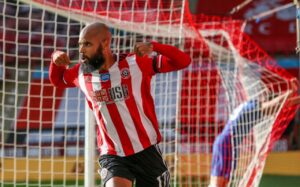 This Sunday, Southampton host Sheffield United in the 38th and final day of the Premier League. The two teams have nothing more to play at the end of the season.

Twelfth with 49 points, Southampton will have shown great things during this season. Under the impetus of his English striker Ings (21 goals), the Saints won great victories at home. The latest, that against Manchester City following a sumptuous lob from Adams (1-0). Tottenham also lost in ST Mary’s Stadium (1-0). Unbeaten for 6 days, Southampton conceded 3 draws (Everton, United, Brighton) for a victory at Bournemouth (2-0).
Opposite, Sheffield United missed a great opportunity to play Europe. Indeed, the promoted has encountered some difficulties since the resumption. After a heavy defeat against Newcastle (3-0) and another against United (3-0), Sheffield raised its head with 3 wins in 4 days. Lately, the Blades lost to Leicester City (2-0) and Everton (1-0).

The workforce for Southampton vs Sheffield United

Southampton will have to do without their potentially starting wingers Boufal and Djenepo or young midfielder Tella, injured. 2nd in the Premier League scorers standings, Danny Ings scored his 21st goal of the season on the last day and is now only 2 lengths behind the leader, Jamie Vardy.
For Sheffield United, only the usual replacement midfielder Luke Freeman is unavailable this Sunday, injured. The 4th defense of the championship has not scored in the last 2 days.

Key points for the match Southampton vs Sheffield United

In the first leg, Southampton won on Sheffield United (0-1).
Coaches have the possibility of making 5 substitutions during the game.
This meeting will take place behind closed doors.

As too often with Sheffield United, we should see a close and locked game. Draw!