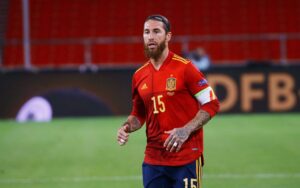 Spain challenge Switzerland in the third day of the Nations League to hold onto the first place in the group. Luis Enrique is in the lead thanks to a 4-0 win against Ukraine and a daring 1-1 at Germany. Among the red furies, there will be no Carvajal, and the former Blaugrana coach will continue with his rejuvenation project in which expert players such as Sergio Ramos and Busquest will be joined by Ansu Fati and Dani Olmo, the last great talents to come out of the ever-prolific Iberian school. On the other hand, a full squad for Petkovic who will try to relaunch after the 2-1 defeat in Ukraine and the 1-1 home draw with Germany. Very likely the use of a very covered 4-5-1 with Seferovic as the only striker accompanied by Embolo, the same one used against Germany.

The key points of the prediction Spain vs Switzerland

In this Nations League Spain is unbeaten while Switzerland has not yet won.

The red furies have not lost for almost two years, the last defeat on 15 November 2018 with Croatia 3-2. From that moment on there are 10 successes and 3 draws.

In the last five away games Switzerland have only won against little Gibraltar 6-1, otherwise three defeats and one draw.

Our prediction sees Spain clearly favoured. La Roja arrives at the match after having overwhelmed Ukraine and without any particular defections. The Spanish technical rate is very high and Sergio Ramos and his teammates should be able to beat the Swiss. Switzerland will try with their 4-5-1 to block the opponent’s plays as they did with Germany, but this time it will be even harder for Seferovic and his teammates.