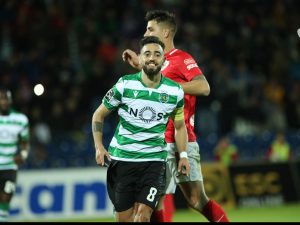 The biggest poster game of matchday 17 of the NOS League is scheduled for early Friday night at the José Alvalade Stadium in Lisbon, where Sporting will reissue the famous Lisbon derby against rival and current leader Benfica. Jorge Silas’s team comes from a match where they managed to win 3-1 in a visit to Vitória de Setúbal, in a game against a very weak opponent, where the exhibition was below expectations. This is despite Sporting having achieved the most important thing: responding to their classic defeat by FC Porto. Already the Benfica appears motivated by the last two victories, both obtained with turnaround. First, in the last round of the championship, in the reception of the last classified Birds (2-1), and more recently, last Tuesday, again at home, against Rio Ave (3-2), in a match related to the fourth- of the Portuguese Cup final. Who will beat the capital derby?

Key statistics for the match Sporting vs Benfica

In the last 5 games Sporting have a record of 3 wins, 0 draws and 2 losses.
Benfica comes to this match after 13 consecutive unbeaten matches, where they have won 7 of the last 8 games.
This will be the second game of the season between the two rivals. In the first official match of 2019/20, Benfica thrashed Sporting 5-0 in the Cândido de Oliveira Super Cup.

This will be a very close match between two arch rivals, who will only want to add up to three points in the match. Playing at home, Sporting will have the chance to “avenge” the defeat suffered in the Super Cup, although they do not have facilities, for the responsiveness that the Benfica team has given in recent weeks, going through a good moment.