The Premier League is to be played in these two stadiums 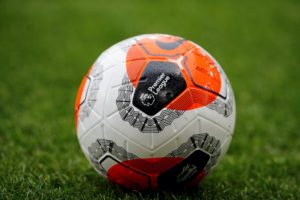 The Premier League is to be played in these two stadiums

From June 1, the Premier League could be played within six weeks. Two stadiums could serve as a venue.

The English football association FA has offered the London Wembley Stadium and St. George’s Park in Burton upon Trent / Staffordshire as neutral venues for the conclusion of the Premier League season.

The English daily newspaper “The Times” reports. After the Coronavirus pandemic ended the season, the FA’s preferred plan is to host the rest of the games without spectators. Several games could possibly be played in the two arenas on the same day.

Neither the Wembley Stadium nor St. George’s Park are fixed venues for clubs and are therefore considered neutral. The Wembley Stadium is known for hosting major finals and international matches for the English national team.

St. George’s Park is the FA’s headquarters, opened in 2012, where senior teams and youth teams often train, and also offers a 228-room hotel. The 13 soccer fields, five of which are floodlit, could also serve as a training center.

According to a media report, the FA wants to end the current season within six weeks from June 1. This would leave enough time for a break and preparation until the planned start of the new season on August 8. Most clubs still lack nine games, some clubs ten. League leader FC Liverpool and coach Jürgen Klopp are close to winning the title.

The break in England will last until April 30th. The aim is a regular end of the season, ghost games are considered a likely option.

Just recently, the crazy idea made headlines to finish the rest of the Premier League season in China.