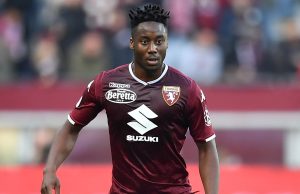 This Thursday, Torino receives Genoa on the occasion of the 8th finals of the Italian Cup. Both teams want to advance to the quarterfinals.

Well wedged in the soft stomach of the classification, the Torino is in 9th place in Serie A with 24 points gleaned from 18 games. More convincing in recent weeks, the goalscorer’s partners Andrea Belotti have won 3 of their last 5 league games, for 1 defeat and 1 match. Irregular, the team was still surprised in front of their tifosi by SPAL (1-2) before creating the surprise last weekend in the lair of Roma (0-2).
Genoa has lived a very complicated season so far and occupies the 19th and penultimate place in Serie A with 1 point behind the first non-relegationable formation. Last weekend, for the 1st of Davide Nicola on the bench, the teammates of the Macedonian international Goran Pandev took over, at home, on Sassuolo (2-1). This success put an end to a very bad series of 8 games without a win (5 defeats and 3 draws) which led to the dismissal of Thiago Motta.

The staff for Torino vs Genoa

Several elements are missing in Torino for this meeting: they are the holders Lyanco and Baselli and substitutes Edera, Millico and Iago Falque, all injured. Author of a double on the lawn of Roma last weekend, Andrea Belotti is obviously the major attacking asset of this team.
For Genoa, potential holders Lerager, Saponara and Kouamé remain stranded in the infirmary. Like last weekend, the offensive duo could be made up of Pandev and Sanabria.

Supported by its Tifosi, the Torino can dominate a Genoa formation more focused on its maintenance in the championship.