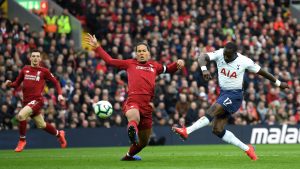 Tottenham will be led by the Argentine Mauricio Pochettino and Liverpool coached by the German Juergen Klopp to compete for the Champions League 2018/2019 in the final scheduled at the Estadio Wanda Metropolitano in Madrid. Two teams that in the semifinals were the protagonists of two comebacks different but at the same time exciting: Tottenham, who had lost at home against Ajax for 0-1 and in the return was under two goals, took the ticket for the Spanish capital thanks to the hat-trick signed in the return by Lucas Moura who gave the Spurs a victory by 2-3 and subsequent qualification. For Liverpool, a legendary feat at Anfield Road: he came out with broken bones from Barcelona’s Camp Nou, defeated 3-0, and at home he gave Messi and his mates a 4-0 victory that will be remembered for a long time with two goals by Divock Origi and Georgino Wijnaldum. At home Tottenham will try to do the impossible to recover the attacker Harry Kane and with him the defenders Vertonghen and Sanchez and the midfielder Wings are in doubt. The Reds, instead, arrive at the final with the doubts Keita in midfield and Firmino in attack.

Key points of the prediction Tottenham vs Liverpool

Liverpool won both season precedents played in the league for 2-1.

In 7 of the last 8 direct matches they scored both teams and Tottenham conceded goals against Liverpool in their last 8 games.

The Over 2.5 were 5 in the last 6 challenges between Liverpool and Tottenham.

Liverpool scored first in 7 of their last 8 games.

Our Betting Prediction Tottenham vs Liverpool

The finals can sometimes disappoint expectations but the show that the two teams offered in the semifinals was so convincing and exciting that the Over 2.5 odds at a higher level than usual for two teams of this type becomes a beautiful occasion.