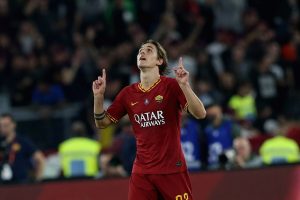 Udinese vs Roma proposes a match between a host team that comes after a 1-7 with Atalanta and Roma, who, after defeating Milan, wants a new success, which will allow them to reach the area of ​​UCL or , at least, to stay in touch with the first four bands. The guests are odds with the first chance in this match, but it will not be the kind of game where they can get points without seriously sweating.

Udinese is 13th, on equal points with the last victim of Rome, AC Milan, but with a weaker goal.
In the last round he opened the score against Atalanta, but then gave up 1-7 seconds. It is interesting that this was the first match of GG and over after 6 matches in which Udinese had been involved in confrontations with maximum success!
In the 5 home games he won 3 times (1-0 with Milan, Bologna and Turin) and gave up twice (1-3 with Parma and 0-1 with Brescia).
Absent: Opoku – suspended, Larsen.

The victory against Milan, 2-1, came after a series of four games in which Rome had drawn.
Rome has a hellish schedule and plays always in the middle of the week. She is now an “intermediary” and last week (as in the next one) she was involved in the UEFA Europa League, where she is the leader of the group.
He has only one failure in Serie A this season, 0-2 with Atalanta, at home.
In the 4 matches played on foreign court I had 3 under games and twice (the last games) by NG.
Absent: Zappacosta, Diawara, Pilgrims, Kalinic, Cristante, Mkhitaryan, Under.

Roma has won 11 of the last 12 direct matches and has lost only one game out of the last 18 matches in Serie A. In addition, in 7 of the last 8 matches in Udinese have scored under 3 goals, which is valid for 7 of the last trips of Roma. That’s why I will go on an X2 and under 3.5, respectively 1-2 goals in the game.

Tags: Udinese vs AS Roma