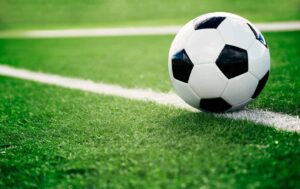 because the game that was supposed to start the journey was postponed due to suspicions of players infected with Covid19.

Zhodino then starts as favorite for this match, playing at home and living a positive period alternating wins with draws and currently occupying the third position of the table.

Zhodino at home has yet to lose and has 2 wins and a draw with under 2.5 goals and just once this year the over happened in a game of theirs, in official matches, in the away victory against FC Minsk 5-2 .

Zhodino is clearly an under team and in the last 4 games, three ended with 0-0 which is very telling.

Gorodeya is in 11th place and is an under team.

The team is in a negative moment and has not won for 3 games and is the worst attack of the entire league with only 5 goals scored in 8 games.

Defensively the team has been doing well and only 3 teams have conceded fewer goals than Gorodeya which, considering the classification, says a lot about the aptitude for the under on the part of their team.

Gorodeya hasn’t had an ovber yet in this championship and I believe that will not happen now.

Zhodino is a favorite but I don’t see him putting in many goals as Gorodeya hasn’t conceded more than one goal away from home yet and I also think that Gorodeya will hardly score.

We have a total of 16 games here on the part of the two teams where only 1 ended in over and 15 in under so I think that just for bad luck we will have an over here.
Prediction Casa State